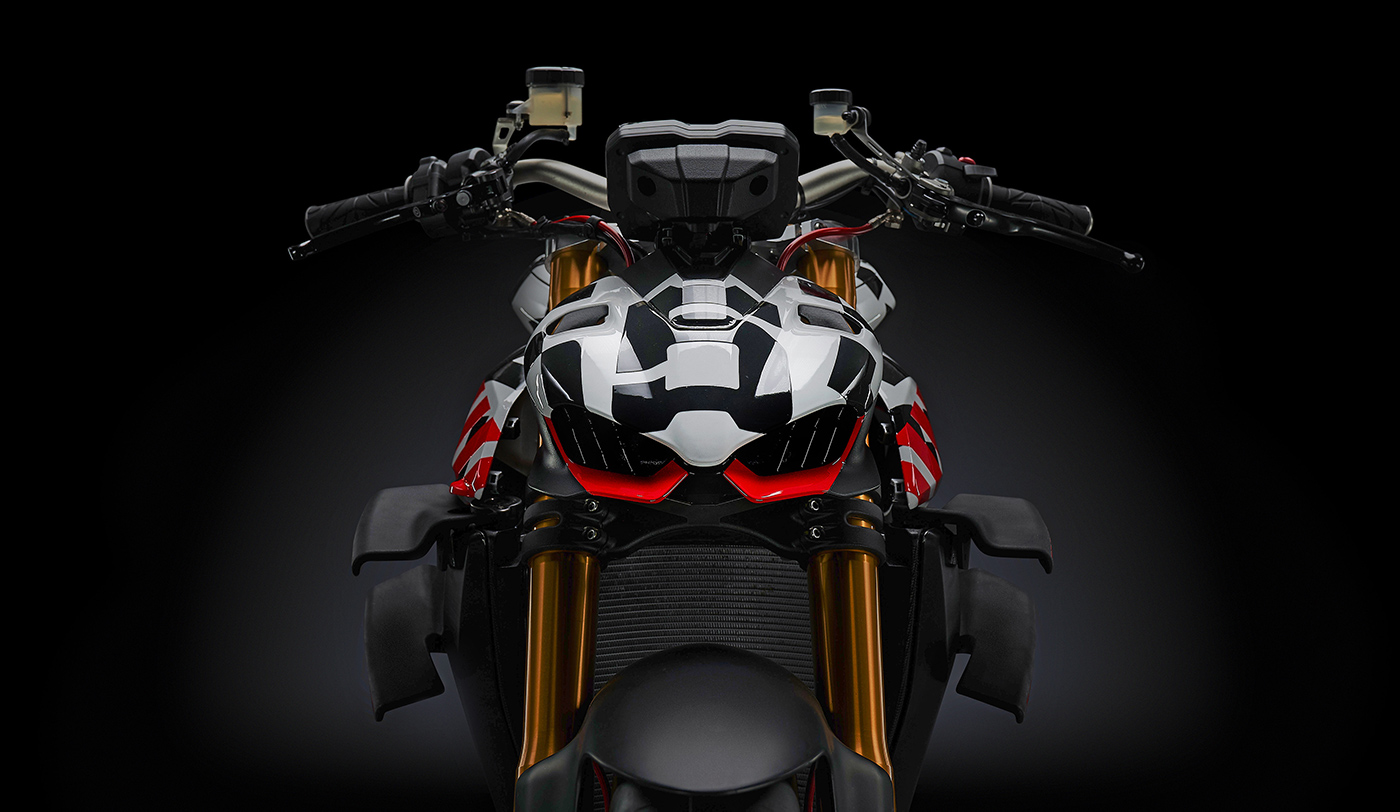 After weeks of spy shots and years of your riding-buddy bemoaning the fact that Ducati ‘…don’t make the Streetfighter anymore” because he/she ‘…would buy it if Ducati did still make it’.

Ducati is billing the Streetfighter V4 as “…the highest performance Streetfighter ever put into production.” or so says Claudio Domenicali, CEO of Ducati.

The Streetfighter V4 will be a naked version of the Panigale V4, with the same 1100 cc Desmosedici Stradale engine. Ducati designers have created a unique aerodynamic profile, specifically for this model, to keep the four-cylinder V4 in-check.

You’ll be able to see the Streetfighter V4 prototype race at Pikes Peak on 30th June 2019, sporting a pixelated livery. Domenicali stated; “Streetfighter V4 is the Panigale for road riding; so there was no better stage than the Broadmoor Pikes Peak International Hill Climb“.

Interestingly and contrary to usual practise, the livery will serve to highlight the shape of the motorcycle – demonstrating what the finished production Streetfighter V4 model will look like.

The Streetfighter V4 will be one of the stars of the Ducati World Premiere 2020,”

If you’re not heading to Colorado for the Pike’s Peak Hill Climb, at the end of June, then you’ll have to wait for the Ducati World Premiere press conference in November. Ducati usually hosts that glitzy event, with a bevvy of celebrity riders in tow, a few days prior to the opening if EICMA. So, the show in Milan is where you’ll hopefully, be able to get up-close and personal with the new Streetfighter V4.

Ducati hasn’t released figures or specifications yet, though one might expect performance, electronics and general overall finish, to be close to that of the Panigale V4. No doubt, pricing will be in a similar ballpark, so start saving now.