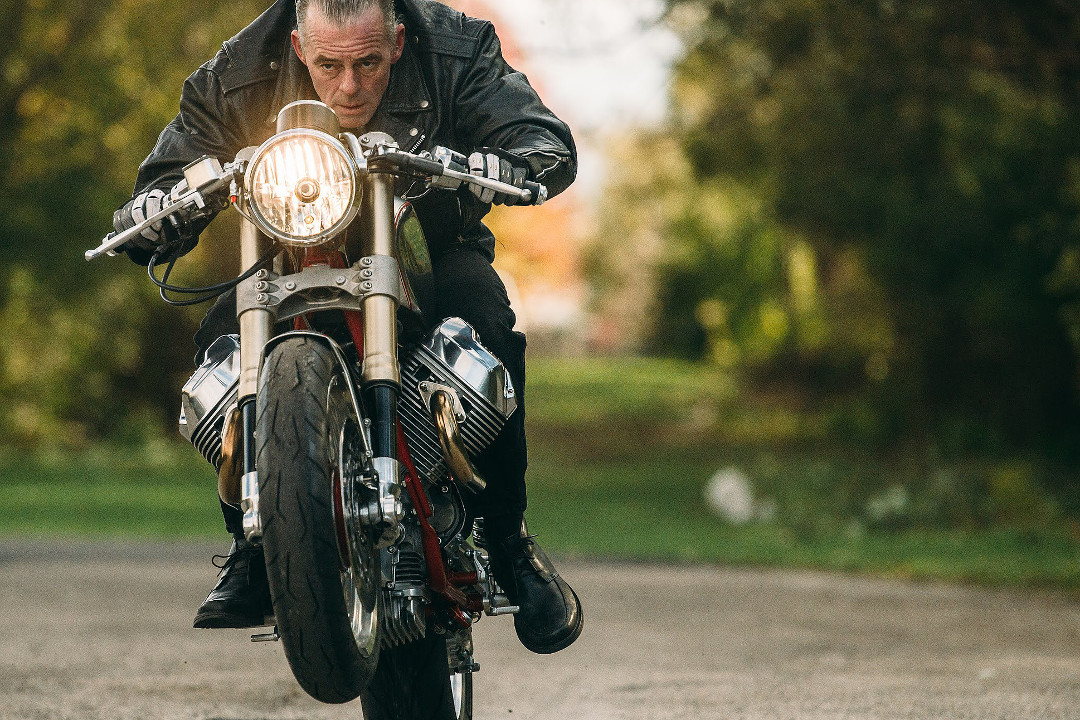 Back in August 2017, Moto Guzzi USA commissioned four custom bike workshops/builders, noted for their previous work with the eagle marque. The aim: to create four unique interpretations of its V9 Bobber/Roamer platform.

This initiative was undertaken, under the banner of the “2017 V9 Custom Builder Project“. Roadsmith Motorcycles, owned by Craig Rodsmith is one of the bike builders chosen

You may have already seen a build from one of the four shops, approached for this series of commissions. That first build was created by Hugo Eccles of Untitled Motorcycles, London & San Fransico. Eccles opted for a tracker style interpretation – creating the progressive, stripped-back Moto Guzzi V9 FAT Tracker (Not FLAT).

Back to Rodsmith. He was approached by Moto Guzzi USA, following acclaim at the 2016 Handbuilt Motorcycle Show – which saw the reveal of the celebrated turbo-charged, full-aluminium fairing, Moto Guzzi (1969 AMBASSADOR). Given the shape of the front fairing that bike came to be known as, ‘Dustbin Racer‘.

If you follow Craig Rodsmith on any of his social channels, aside from a sharp wit, you’ll have detected that his signature approach, is building all of his bikes by hand, using metalwork and fabrication expertise, that’s been honed over 40 years of wrenching.

This one should probably get me in a lot of trouble with the motorcycle building police,but as I’ve said before I’m from Australian convict stock so breaking the rules is my national duty! . . . #caferacersofinstagram #design #harleydavidson #ducati #builtnotbought #supporttheindependents #motorcyclesofinstagram #convict #kineo @handbuiltshow @doruk.erdem @skysthelimitdrone @makrshaker @bikeexif @bikehps

We look forward to seeing the remaining two Moto Guzzi V9 customs from Revival Cycles and Moto Studio. Revival is rumoured to be working on a V9 Chopper build.