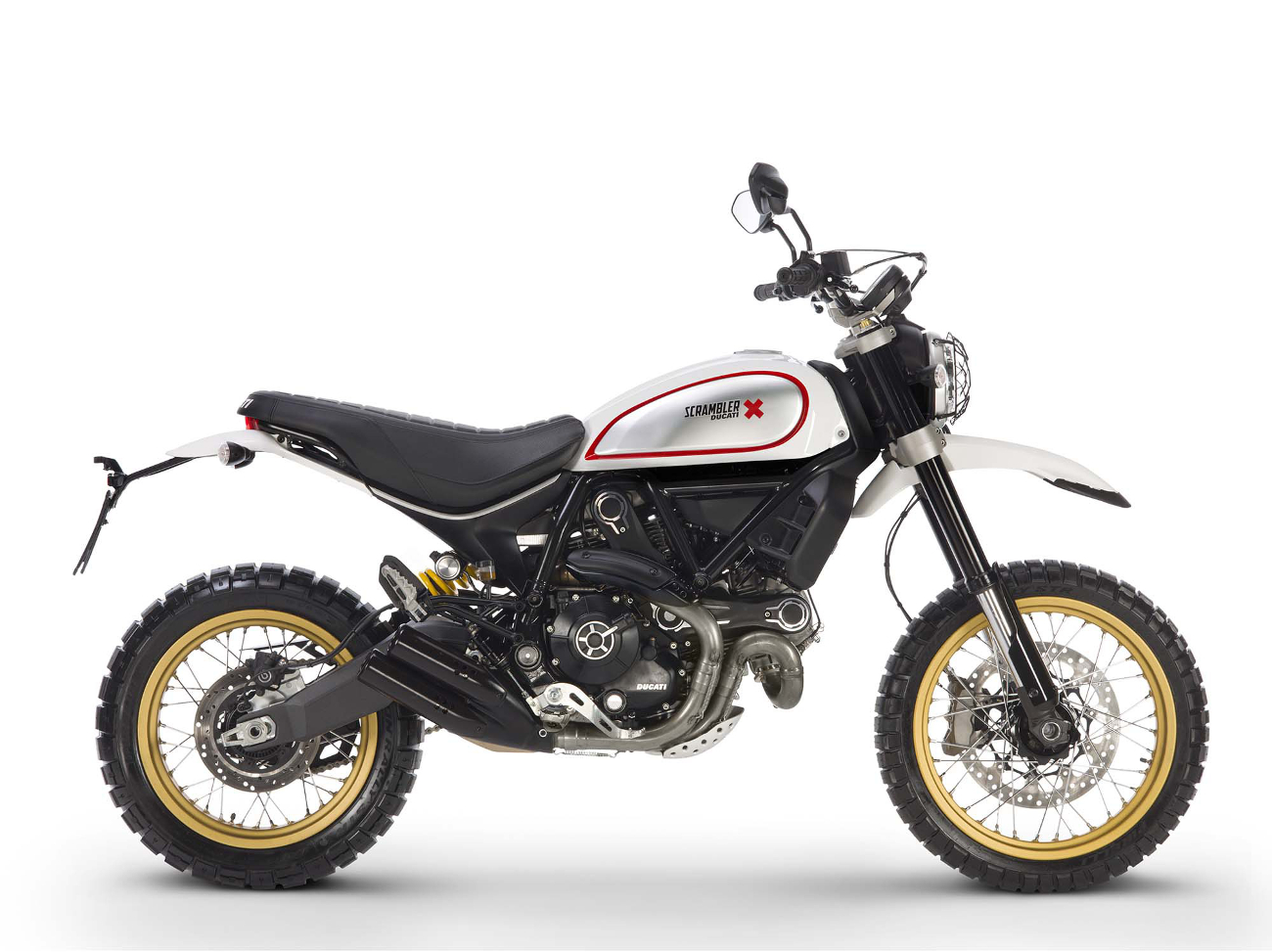 Land of Joy indeed – since its launch in 2015, Ducati (at the time of writing) had sold in excess of 30,000 Scrambler units. That makes it by far the most popular model (in sales terms) for the marque.

The Scrambler Ducati should have built first?

Some argue that this is the scrambler Ducati should have built first, as it’s the only variant with true off-road capability.  Conversely, it could be argued that Ducati’s approach of initially building a fanbase for the Scrambler was the more logical way to go. They did that by targeting a broader segment of bikers. Those who love the scrambler look but wouldn’t necessarily head off into the desert or woods every weekend.

By approaching development this way Ducati created a success base that made the development of the Desert Sled viable. No doubt deeper coffers for R&D and in turn the ability to create an Enduro model which will likely appeal to the everyday rider and maybe even the purist.

According to Ducati, virtually everything on this bike has been redesigned or re-engineered to meet the challenges of the off-road environment. That includes the 803cc engine.

From the technical specifications sheet, what you’ll first notice about the bike is that it’s bigger. Much bigger.

The fact that the bike has a longer Kayaba rear shock (which is pre-load and rebound adjustable) combined with a massive rise in the seat height of 70mm (up from 790mm to 860mm) might intimidate smaller riders.

The front-end has also been jacked up with the installation of 46mm fully adjustable upside-down forks and new Pirelli ScorpionTM Rally STR tyres, which were specifically designed for this model.  Instead of cast wheels, you’ll find a spoked 19” wheel at the front and a slim 17” at the rear. The frame and swing-arm have also received the Desert Sled treatment, through reinforcement.

So why Desert Sled?  Aside from a more robustly built bike, to deal with the challenges of off-roading, Ducati says that this bike takes its name from the Californian bike fad in the 60s and 70s.

Steve McQueen raced (of course) and even Elvis (in his slimmer years) was once photographed on a desert sled, adding to the appeal of the sport. Whether Elvis ever raced or not, is uncertain.  What is more certain (based on the reviews so far) is that the Desert Sled is likely to be a success and unlikely to be the last variant of the ever-popular scrambler.

The Desert Sled will be available in two colours; Red Dusk and White Mirage – (red and white to you and me). Priced at £9,395 and £9,495 respectively.