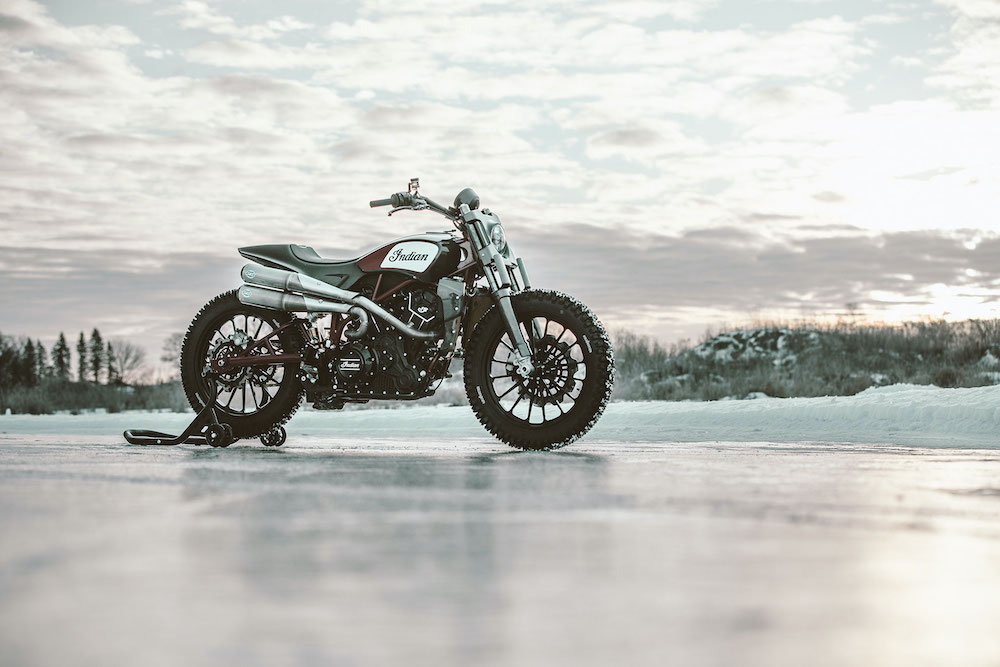 Indian Motorcycle keeps teasing us with that custom they showcased at ECIMA in November 2017. Which begs the question “When will the Indian Scout FTR1200 Tracker go into production?”

Based on the Indian FTR 750 American Flat Track race bike

Indian’s FTR 1200 tracker custom is the bigger brother to the FTR 750 which dominated the 2017 season of AMA Pro Flat with Indian’s team ‘Wrecking Crew’ taking the top three spots.

Our guess is that, some time at the beginning of autumn 2018 if not before, we’ll hear rumours of a launch for the 2019 production year.

In the meantime, while we ponder that question here’s a video and some images of AMA Pro Flat champion, Brad “The Bullet” Baker taking the FTR1200 custom through its paces on a frozen lakebed, because why not?