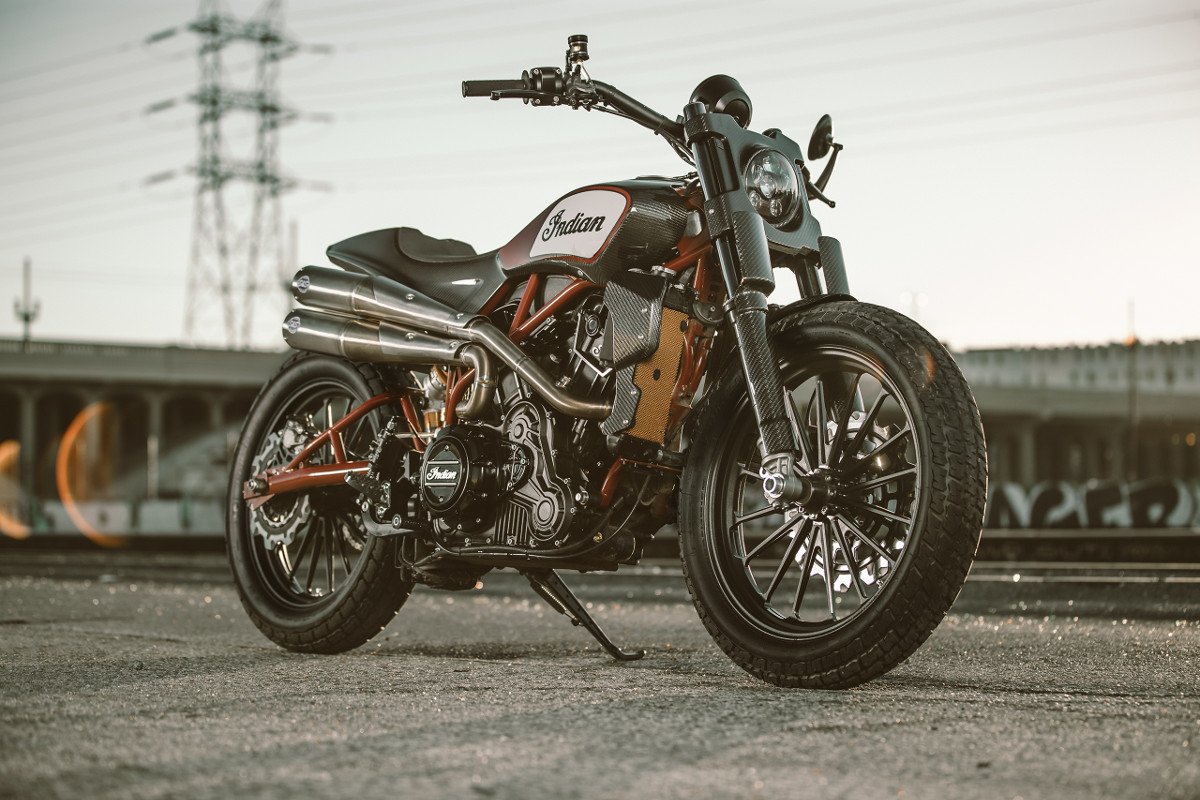 Introducing the road-going Indian Motorcycle Scout FTR1200 custom. It’s no secret, that for quite some time fans of Indian Motorcycle have been openly wishing for a street-legal version of Indian’s Flat Track race bike; the FTR750.

The championship-winning team; Jared Mees, Bryan Smith and Brad Baker, who between them took 37 of the 54 podium positions – including six podium sweeps and 14 race wins on the FTR750. This was more than enough to secure the manufacturer’s title and give Mees his fifth AMA Grand National Championship.

The Scout FTR1200 Custom will be exhibited at various events around the world starting now and throughout 2018 – no doubt to glean reaction and potential for manufacture. The good news is that the FTR1200 uses the street-legal Indian Scout, 1133cc V-Twin engine, so the barriers to producing this bike are relatively low.

“… the Scout FTR1200 Custom serves as an exploration of how Indian could expand brand perception around the world, with exciting new offerings that are relevant to a wider-ranging consumer set.”

Presumably, this means that if the reception to the Scout FTR1200 is positive – which is highly probable, then the bike is likely to be on a street near you, at some point in the future.
The only real question, aside from specification and price, is when? 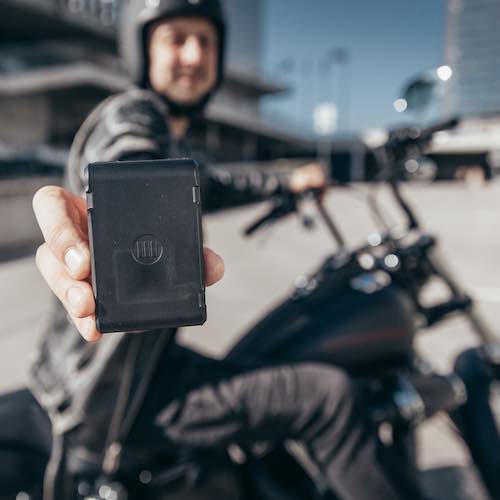