Indian Scout FTR1200 In-Motion: Here’s an excellent video of the race-inspired Scout FTR1200 Custom, being put through its paces – its existence having been revealed by Indian Motorcycle, earlier in the week at EICMA. 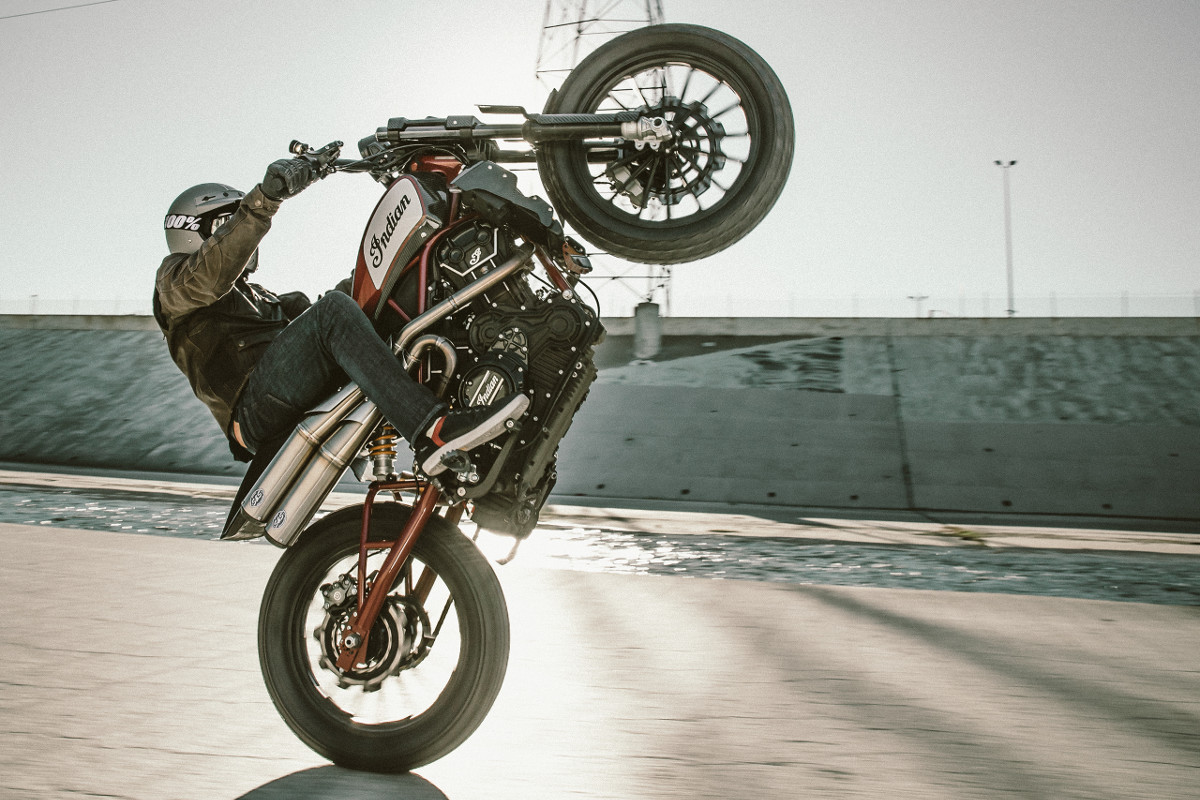 Indian Motorcycle is one of those brands that endears itself to you. Try as you might, you just can’t help but like the motorcycle marque. Especially when it’s building bikes like this.

This week they’ve certainly won a few more fans around the world, with the FTR1200.