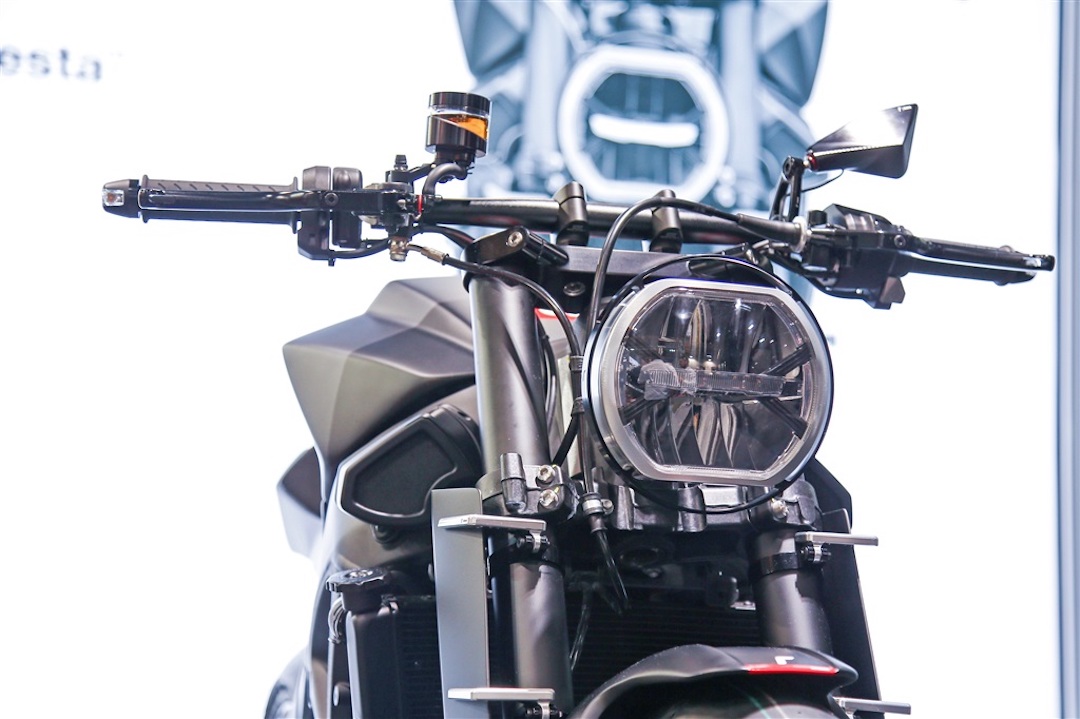 This bike was first shown in November, at EICMA 2017 however it’s something we missed with all the many big manufacturers’ retro bike launches this year.

It looks as though there may be some non-Rizoma parts, as well as some custom machined pieces on this Tuono V4. The original exhaust-end has been swapped out for the stubby SC Project, CR-T silencer.

The headlight bracket doesn’t look like anything from the Rizoma catalogue and the tank looks slightly sleeker. Other than that, it’s all Rizoma and a remarkable example of what you can do to a bike, with just catalogue parts.

Oh yeah… the finish is quite similar to that of the Svartpilen 701. So if you can’t wait until Husqvarna release that – then there’s evidently nothing stopping you from customising the V4 1100RR.

Judging by these photos, you should be able to achieve the same visuals – with the likely added bonus, of a lot more grunt!