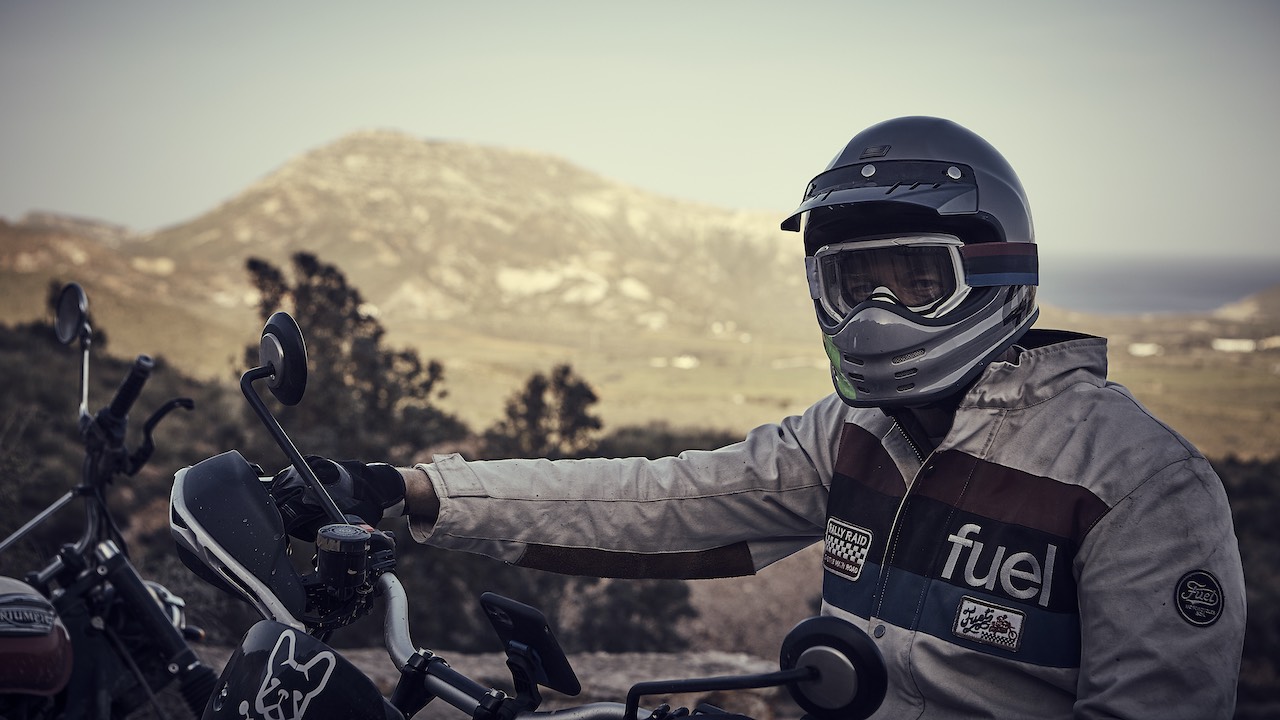 Fuel's love of adventure is well known. Its latest trek, the El Gringo tour was a lite version of the much loved yet gruelling Scram Africa. In total, thirty-two riders headed to the Tabernas desert in south-eastern Spain. The goal, ride 500kms of dusty trails and roads, then shoot a short Spaghetti Western ode.

The Tabernas desert has been the location of numerous Spaghetti Western film sets. A place of tremendous beauty and contrasting weather conditions. Hot and dusty to cold, muddy, and snowy.

Probably, more importantly, there are many excellent trail-riding routes in the region. Fuel enthusiastically recommend that every rider should experience those trails at least once.

Incidentally, the 500km route taken by the group forms a stage of Scram Africa. So to a certain extent, this tour was a taster for riders considering Fuel's annual moto-trip. Equally, practise for those already booked on its grand trip.

Riders began the journey in Fort Bravo (a Western-themed park), riding 100km of rocky and dusty terrain. Shortly after, the ascent into the Sierra Nevada range (1,800m) began which saw the dramatic introduction of snow, muddy terrain and the replacement of desert shrubs with tall trees.

The route continued through the mountain range of the Sierra Alhamilla (1,200 m high).

And after a few stops along the way to make merry, the squadron of riders eventually arrived at Rodalquilar Almeria mines.

These mines date back to 1916, however, were abandoned in the 1960s. Though, not before 2,500 tonnes of ore was extracted along with approximately 50 kilograms gold.

The mines are still somewhat hazardous, and visitors are advised to pay heed to rockfall warning signs. Yet, it made a perfect backdrop for Fuel's tongue-in-cheek, mini Spaghetti Western – celebrating the launch of the new El Gringo collection.