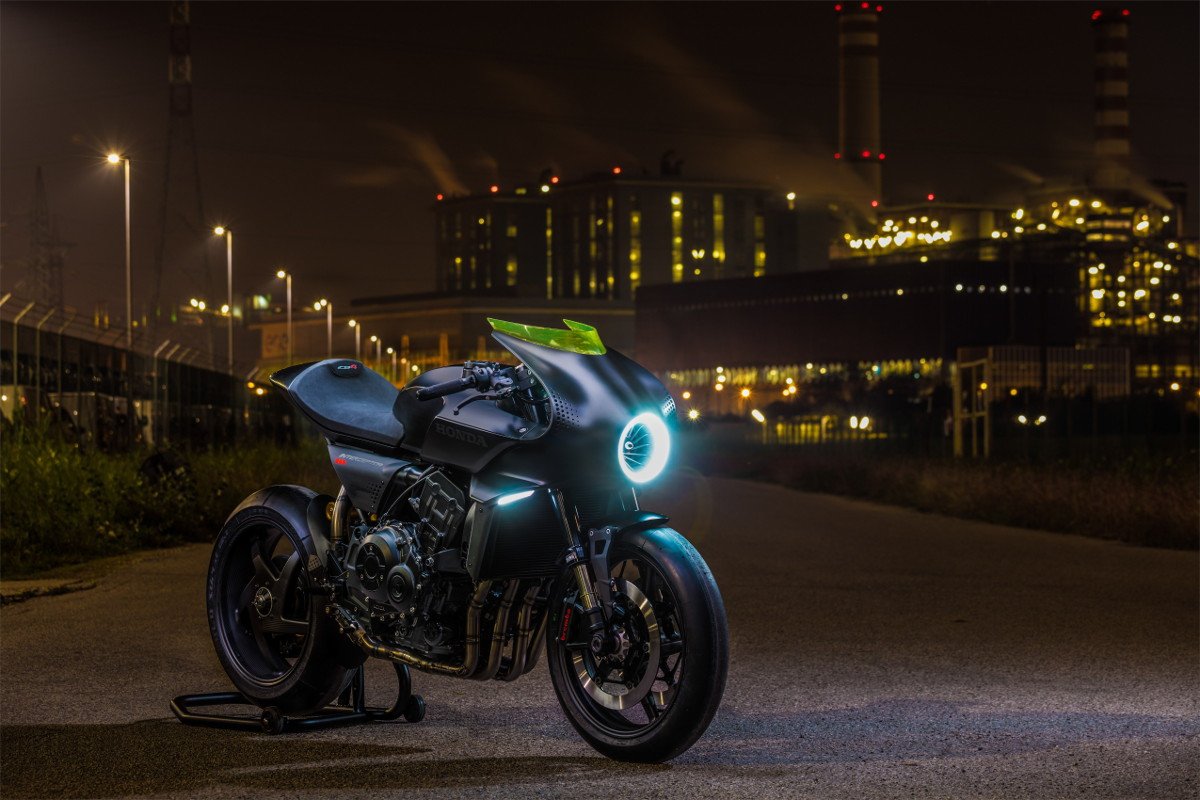 The Honda CB4 interceptor concept outlines one possible future – the evolution of the sports café: Honda revealed the CB4 Interceptor concept at EICMA on Wednesday 8th November – which appears to be based on a CB1000R engine.

HONDA CB4 INTERCEPTOR – BEHIND THE CONCEPT

The Honda CB4 Interceptor was created to give Honda designers the opportunity delve into the realm of possibilities – to showcase future tech and the design evolution of the café racer genre.
In Honda’s more succinct words;

Looking in-between LED ring-headlight, you’ll see what you think is a fan and you’re correct.

Honda engineers have created a system which uses residual kinetic energy from the motorcycle to power a tank-located, black touch-screen. That screen, in-turn offers the rider device connectivity, map information and other essential services.

This neo-sports café concept, is actually a progression of the earlier CB4 Streetfighter concept – which some of you may remember was revealed at the EICMA show in 2015.

Apart from the obvious difference in bike genre, both the CB4 Streetfighter and CB4 Interceptor share a muscular form – though the latter is more toned than muscular. The “total black“ colour scheme, under seat exhaust, low bars and race slicks, give it an mean and assertive look. That meanness is offset by the super-minimalist lines of the half fairing, with a futuristic contrast, luminous yellow, screen. 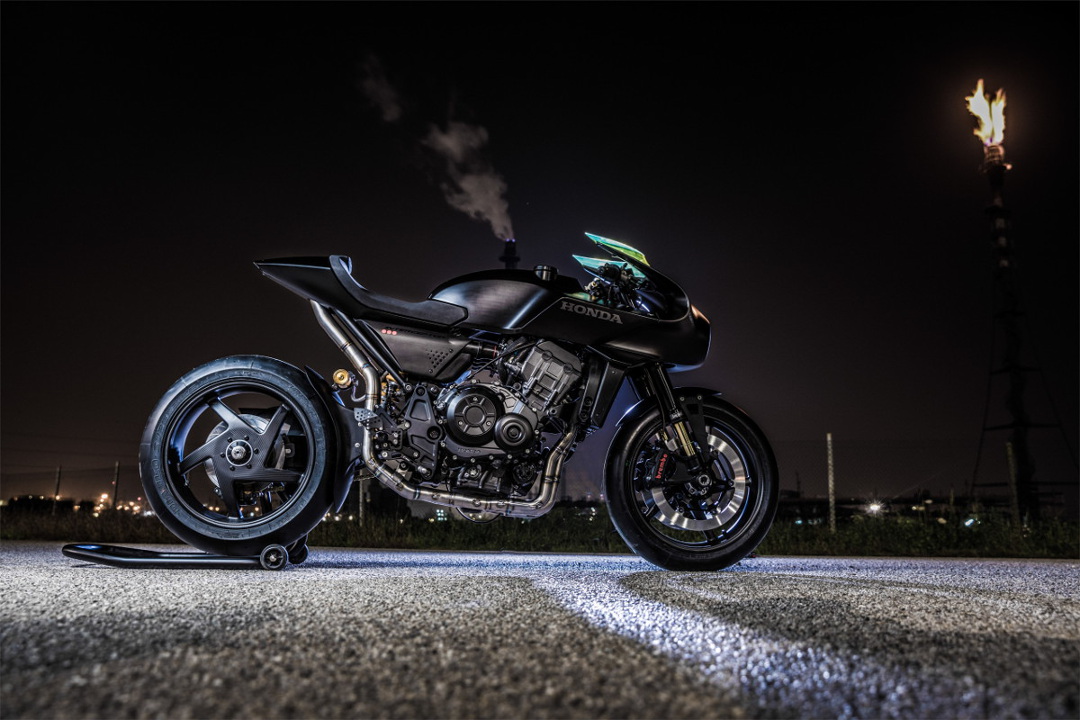 The finished result is a rather cultured café fighter machine. And one which we’d hope to see on the streets, though that remains to be seen.

For your enjoyment: Detail images of the CB4 Neo Sports Café below.