Triumph Motorcycles is back with its custom build-off competition – this time it’s the Bonneville range that’s getting the custom wrench treatment. Nine dealers from Triumph’s network have submitted their entries and fans will decide who takes the top prize.

New wave, custom bike builders collectively have been something of a muse for motorcycle manufacturers in the last two decades. Taking into consideration the depth of modern-classic/neo-retro motorcycle ranges of most major manufacturers, then arguably custom wrenchers could be credited with inspiring a new genre of motorcycle design and new riders. 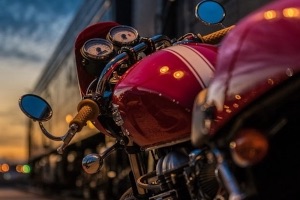 Of course, Triumph isn’t the only manufacturer with a build-off series. Harley-Davidson’s Battle of the Kings has been in place for several years and maybe more prominently (though more recently) is the Ducati Scrambler Custom Rumble. Suffice to say, manufacturers’ custom build-offs aren’t particularly novel.

Nevertheless, it’s always thrilling to see how existing models are reimagined in the hands of the skilled few.

Those reimaginings, (in some instances) fuel the creation of a whole new line of motorcycles.

So more importantly perhaps, build-offs are an excellent source of insight [for manufacturers] into the aesthetic leanings of its customer base. While simultaneously they highlight specific motorbikes in a range – ultimately generating incremental purchases.

In short, custom build-offs are a good thing for all.

Nonetheless, Triumph Motorcycles joined the fray last year when it debuted the Bobber Build Off at the Bike Shed Show in 2019. It was met with great enthusiasm and ultimately saw thirteen dealers enter the competition, by customising the Triumph Bobber. They did so using a combination of Triumph catalogue parts, supplemented with engineering, bodywork and metalwork skills.

After the public voted for its three finalists a celebrity panel, eventually judged Laguna Ashford Triumph to be the winner with its entry, Drag Racer.

Presenter, former footballer and Triumph Bobber owner, Ian Wright handed the award [a custom tank trophy] to the winning team at the Distinguished Gentleman’s Ride (DGR) that year in September.

Well, the Build-Off is back and once again dealers from across the UK were invited to participate. But this time attention has been focused on the Bonneville line.

Dealers were permitted to select any of the 1200cc and 900cc Bonneville models in Triumph’s Modern Classic range; and then reinterpret, much in the same way as the previous year.

Once again Triumph fans are being given the opportunity to pick the finalist of the competition by casting a vote for their favourite Bonneville custom.

Architect, presenter and importantly biker, George Clarke will on hand to present the Design Award – which will be live-streamed.

He’ll be joined by Olympian (and Scrambler rider) Victoria Pendleton presenting the Inspiration Award, alongside Jody Millhouse of Thorton Hundred Motorcycles who will present the Paint and Custom Award

Here are the nine entries from the dealers participating in the competition this year.

An ode to classic flat trackers.

Subtle yet high and loud.

Classic lines – a perfect tribute to a beloved father and colleague. 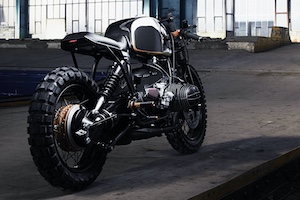 View
Disclosure: Renchlist is an independent site, supported by its readers through advertising and affiliate marketing including the Amazon Services, LLC Associates Programme. That means when you buy products/services through some of the links on the site Renchlist may receive a small commission without a cost to you. Find out more.

23 of the Best Gifts for Retro Motorcycle Lovers

How to Build a Custom Motorcycle: DO’s & DON’Ts – Insight & Advice