Ducati launches not one but three new scamblers. In a pre-EICMA press conference, the launch of the new Ducati Scrambler 1100, 1100 Special was officially announced (photos of which were leaked earlier this weekend).

In addition, Ducati also revealed a sportier version – unsurprisingly called the Scrambler 1100 Sport and an 1100 Special model [the custom-like version], along with the 800cc Mach 2.0 [RSD] and Street Classic which we've seen already.

Ducati's Scrambler range represents its neo-retro/heritage line which was further bolstered by today's launch. That brings the total number of bikes in this range to eleven. And sure, most of the 800cc bikes are indeed exercises in styling but that's a lot of ‘bike' considering the model range has only been in existence for three years and isn't Ducati's core offering – at least not yet.

The new bikes are also a not-so-subtle indication of how successful the Scrambler has been and a signal that Ducati aims to continue exploring this segment of the motorcycle market.

Ducati Scramblers for all

The launch further widens the Scrambler range, catering to a greater diversity of riding styles.

For the urban rider, there's the Icon, Classic, the new Street Classic, Full Throttle, Mach 2.0 for the hooligan crowd and then the Café Racer.

For the light-off-roading aficionado, there's the Desert Sled. The SIXTY2 with its 400cc engine can be ridden on an A2 licence, which is perfect for new riders. And now the 2018 Ducati Scrambler 1100, 1100 Special and 1100 Sport offer fulfilment to riders looking for something with a more prominent punch.

It seems unlikely, that Ducati will pass on such an opportunity. One can imagine that would only happen if Ducati chooses to pursue a purer café racer, akin to the ever-endearing SportClassic.
Speculation aside specs. and full galleries are below

“1100 glorifies the Land of Joy spirit: a motorbike that amplifies the creative disposition of Scrambler in more mature and sophisticated lines……”

“Taking customisation as its inspiration, the Scrambler® 1100 Special is a contemporary classic…..”

“Influenced by “muscle bike” customisations, the Scrambler® 1100 Sport flaunts a sportier attitude on the road….“

Here's the full Ducati press conference, that took place on 5th November 2017 – along with the Scrambler 1100 launch video.

Ducati announced several new bikes for 2018. Some were expected, others not. Among the bikes launched is the all-new Ducati Scrambler 1100 along with the Special and Sport variations. 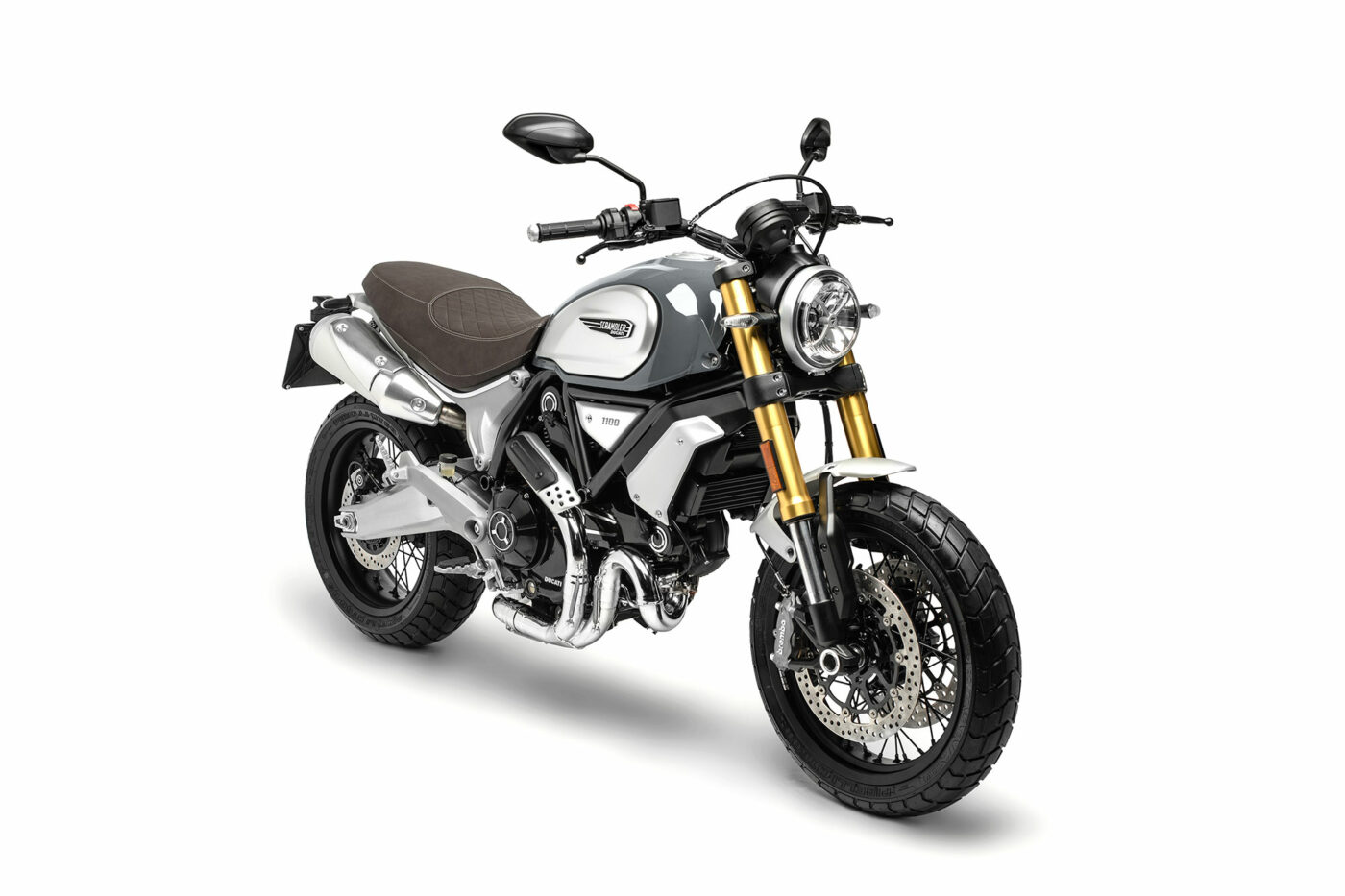 Gear up! Here’s a sneak peak of our brand new line of gear and apparel for 2018… Who’s ready to ride?